Perfectly situated South of Broad on Legare Street, opposite the lush and extensive walled gardens of the renowned Swordgate House, the gracious Elizabeth Williams House has been meticulously restored to its former grandeur by its current owners. After purchasing the property from Historic Charleston Foundation, the owners engaged the much sought-after historic restoration experts, Glenn Keyes and Richard Marks to complete a two-year restoration project. The property was awarded a Carolopolis Award by the Preservation Society of Charleston for 2019.The land plot dates to the implementation of the Grand Modell plan for Charleston by the Proprietors in 1694, and was owned by French Hugenots who emigrated from France to Charleston following the revocation of the Edict of Nantes.The home itself was constructed prior to 1790 as a Charleston Single, which evolved over the years with the addition of decorative 19th century features, such as the large bay windows on the first and second floors, and the prominent mansard roof and dormers. The property is the subject of an iconic postcard of Charleston, entitled "Gallery and Garden" from 1910.


The large double lot enables the piazzas to take in one of the best southern exposures South of Broad. The formal garden, designed by Loutrel Briggs in 1961, and carefully restored under the guidance of Glen Gardner, preserves the original stone and brick hardscape with elegant oval parterre gardens, and a spacious rear garden. The very private rear garden area features a stunning salt water pool with blue marble coping and a bluestone dining patio, accented by an imported Italian marble fountain and large antique pedestal urn. The owners also restored the iron fencing and commissioned a hand-forged custom iron gate with antique cast iron posts, recreating as closely as possible the Victorian ironwork seen in the postcard of the house. The garden areas are all thoughtfully highlighted with landscape lighting by Moonlighting for evening entertaining.

This Charleston Single has a remarkable 19th century two-story brick dependency with a balcony and new slate roof. The recent renovations connected the dependency to the main house, making for a generously-proportioned two fireplace family room which opens out to the pool area and steps up to the kitchen, and transformed the former stable area of the dependency with an antique French spiral staircase leading to the second floor. The second floor includes a charming bedroom with exposed beams, a fireplace, two closets, a full bath and spacious laundry area with access from the master bedroom.

The restoration of this home was recently completed using the highest quality materials, and with all new systems throughout. The light-filled and airy kitchen has lovely views facing both North and South, and features traditional custom cabinetry, white marble countertops, large farmer's sink and a prep sink, a stunning royal blue La Cornue stove and herringbone patterned floors. The second floor library has incredible views from its large bay windows with window seat, a custom-built bookcase with filing cabinets, and original bookshelves. The new owner will also enjoy sumptuous marble baths, a luxurious master suite and closet area, and beautifully-restored heart pine floors. The third floor has two sunny bedrooms, each of which have commanding views, and share a chic white marble bath. Truly an exceptional, rarely-offered property, on the most picturesque and coveted block of Legare Street, widely-regarded as the most beautiful street in Charleston. 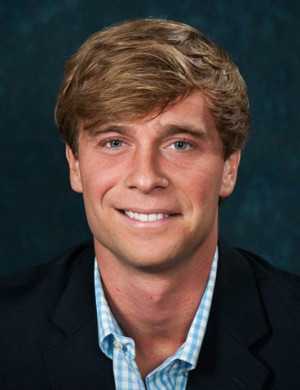 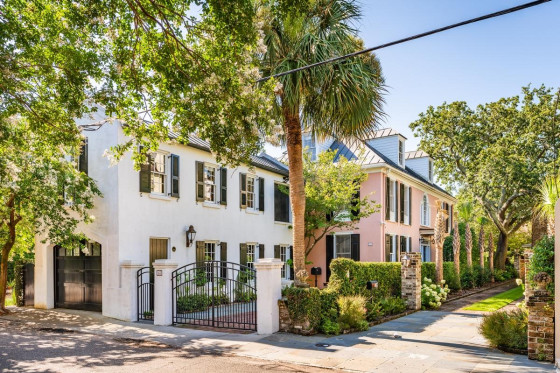 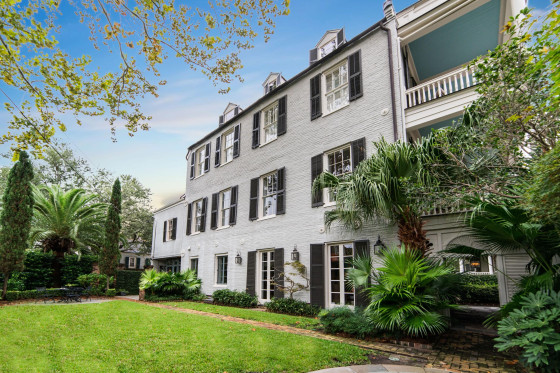 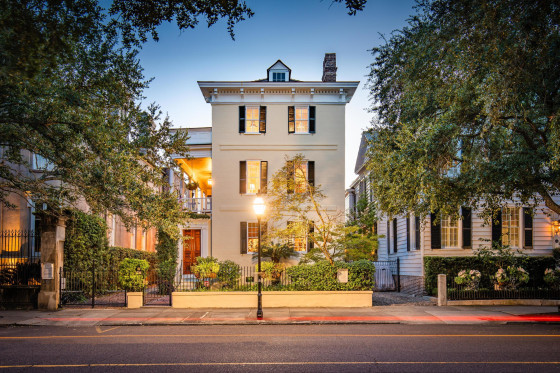 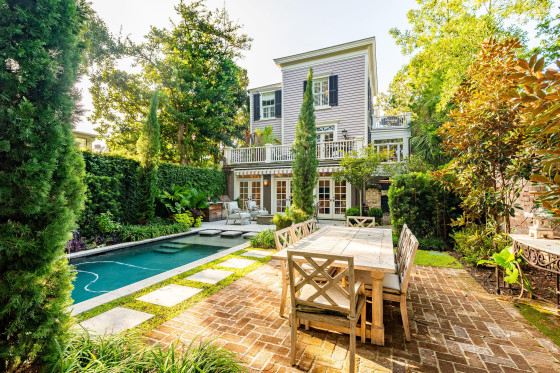 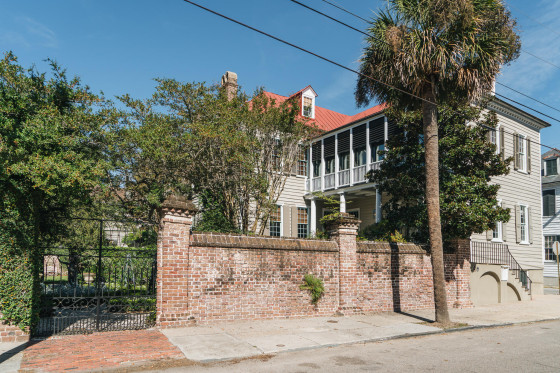 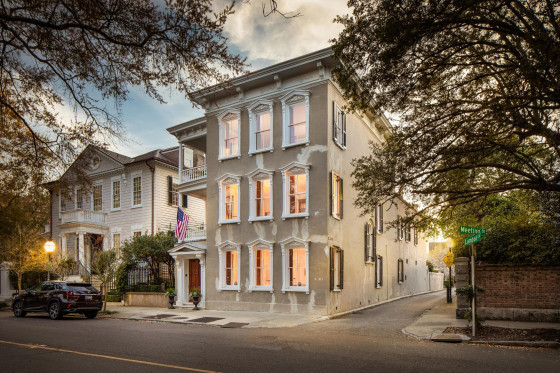